Texas loves claiming everything is bigger there. Maybe they're right. The Cowboys stadium sure is quite a sight I suppose, even if it's unused right after whenever the playoffs start. If we are solely working off of unofficial slogans, I would like to suggest one to counter the Lone Star state's offering. 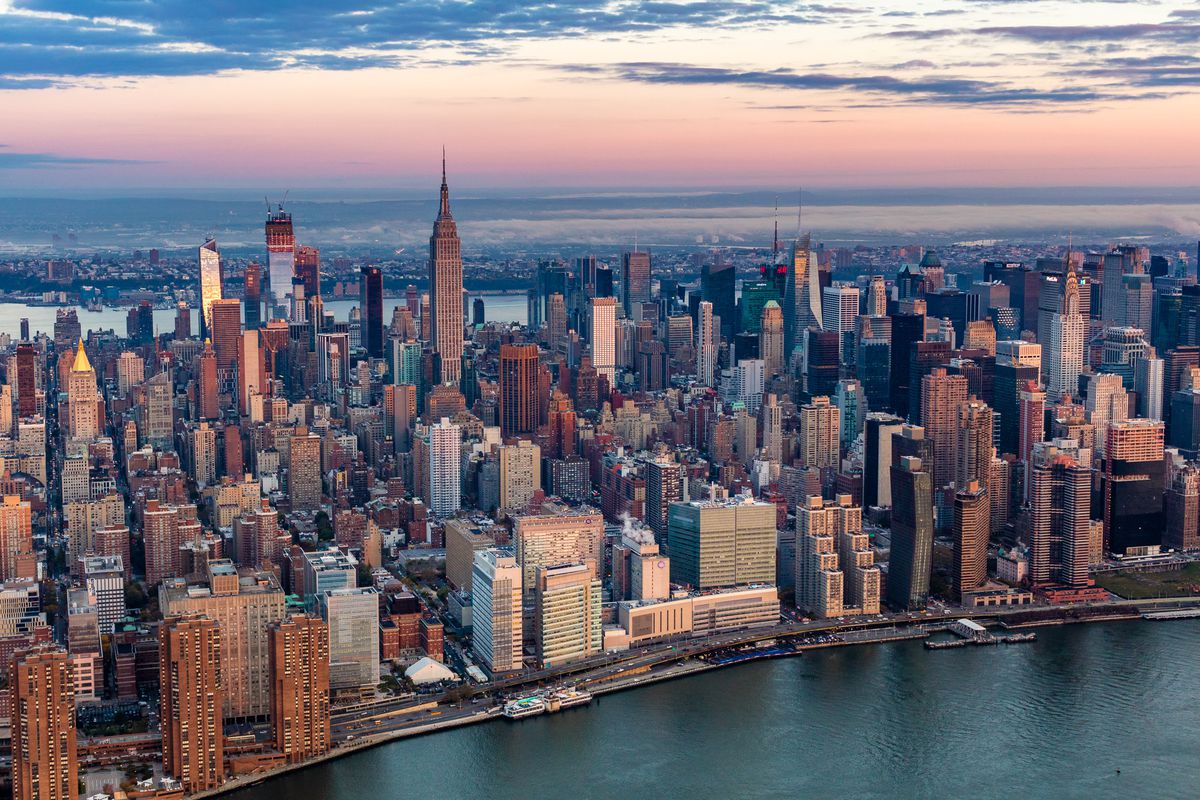 From the lights of Broadway to Lady Liberty, there's nothing like it. The austere grandeur of massive skyscrapers that craft wind tunnels feel massive. Hell, name a more larger than life tandem then Sinatra & Biggie. Trump is covered in all perpetuity by the Voldemort policy. No one say that name no mo' you heard? 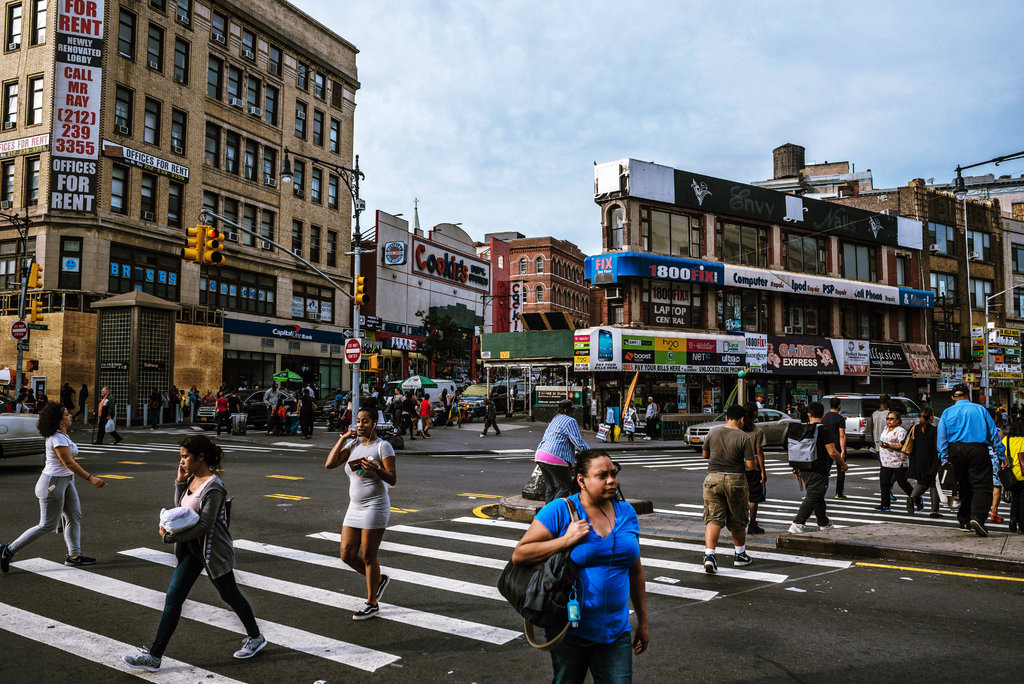 The Boogie Down Bronx, a mecca for Dominican immigrants, is truly it's own world and ecosystem uptown.

The point is that the Apple creates what the world consumes. More so than any other city, originality lives here. That energy you can't bottle lives here, rising from the concrete like the steam from the subways through the grates on the streets.

The entire city moves in this truly vivacious, unapologetic sashay. A movement that exists to represent the fact that we're bigger, louder and more creative than whatever city your from. Also, it is a given. They're only really in competition with the ascended master across Central Park. Apologies, b.

In addition to creating it here, we also do a hell of a lot of recreation. The Brooklyn Pizza Wars will tell you that. One guy, Gennaro Lombardi, invented it, and then Lucali, Dom DeMarco and Pasty Grimaldi made it it world class. Our noisy neighbors up I-95 in New Haven have a claim to chime in on that as well, but even they invented it and then perfected it. Kudos to the whole region then, I say. We're made different, so what we make, henceforth, is different. That seems to be the cycle, and to be fair, it's happened here more times than one can recall.

Enter Noel Veloz, a well mannered, humbly-spoken Dominican cat from the Castle Hill Projects in the Bronx. His parents immigrated here. He, like fellow Souler designer Hommy Diaz, is a product of an immigrant, and a creative one at that.

Veloz has spent his entire life building Hemincuff he just didn't know it at the time. Those moments became little footnotes at the bottom of his forthcoming autobiography. Whether he knew it or not, this was always what his destiny was. As a man who is NOT Noel Veloz, I felt that just by having a slightly different vantage point. I am not his story. I'm just writing it.  At best I am peripheral, a fly on the wall with good enough taste to narrate the "book on tape" version.

Veloz was the only minority in the world of Manhattan luxury retail, working at Diesel, Dior and various other flagships across the city and the boroughs. He bounced from job to job, always excelling but always feeling unfulfilled. In his mind, he was still that same PJ kid from the Bronx, sketching his ideas for fashion, while his old man sewed in the living room. It was their thing. Noel Veloz's father, the man who inspired the son, and the product & vision that would later become Hemincuff.

Veloz Sr. was the Bronx go-to maker. If you couldn't afford the shit from Saks and Bloomingdales, Veloz the elder would make you something custom with all the same technical details and craftsman quality.

Veloz Jr. then started making just a duffle bag in 2014, inspired by his old man's work. The samples were all fucked up. The logo was tilted. He had spent his savings on trying to get his samples done, so this, as one may assume, was not a welcome or acceptable situation for himself. He had worked in luxury retail for years now, grinding it out in management positions running ragged for the opportunity to see his vision, which doubles as a love letter to his pops, come to life. That's what devastation feels like. You can bottle that moment and sell it as a cologne for the heartbroken. The original duffle bag collection that almost made Veloz quit on his passion- circa 2014/15 in Manhattan.

One night, Veloz was leaving his SoHo place when designer Rebecca Minkoff asked him why he looked so sad. They spoke, as Veloz admired her and her work, he opened up to her. She assured him he would get through this. She shared a personal story about her eviction with him years prior, and suggested he use this as a lesson in perseverance, and a referendum on conviction.

He kept walking and bumped into Virgil Abloh and Heron Preston, who he just asked for advice as a young, emerging designer. They more or less said the same thing. Young Veloz listened to God and the universe speak thru these three apex creators.

How did Drake say it again? "Nothing was the same." Veloz poses candidly in Midtown Manhattan with one of his early sample bags.

Fast forward to 2021. Noel Veloz has one of the hottest accessories lines in fashion. His bags are all over the likes of fashion's it-boys, Luka Sabbat, Kyle Kuzma, and rap legends like Fabolous. He's grown from his anxiety, in many ways its that anxiety that pushed him through the fear that comes before the proverbial dawn. The LA Lakers star baller Kyle Kuzma, one of the NBA's most fashionable influencers off the hardwood is a massive supporter of Hemincuff, instantly making Veloz's line a must-have accessory this season.

Noel Veloz's Hemincuff is a revamped, remixed dream of a previous one cut well short. It started with a skilled immigrant craftsman from the DR who started a new chapters for his surname by moving thousands of miles away from the isla he called home and settled Uptown in the city that never slept once. Veloz Sr. hand made 13 bags a month for a private client list, which was done to ensure that each piece came with the utmost attention to detail and craftsmanship. Sadly, Veloz the elder lost everything and he was unable to sustain his budding passion project.

The quality, Noel was taught, "lives between the hem and the cuff." Decades have passed but that authentic approach never left the rafters of the locker room. It's a generational mantra that is literally in Noel's veins as he carries his family upward and onwards.

We caught up with Veloz in Manhattan this week to discuss the real stories within the story, and what we captured was a honest, humble and earnest man at the top of his craft that the world is really starting to not only notice, but applaud.

Here's the transcript of that chat. Veloz is thoughtful, humble & wise beyond his years. It's feels slightly appropriate that on the day there was a monumental changing of the guard for American culture, a good dude, and an immigrant, has finally won. Discover more pieces by clicking the above image.
0 comments